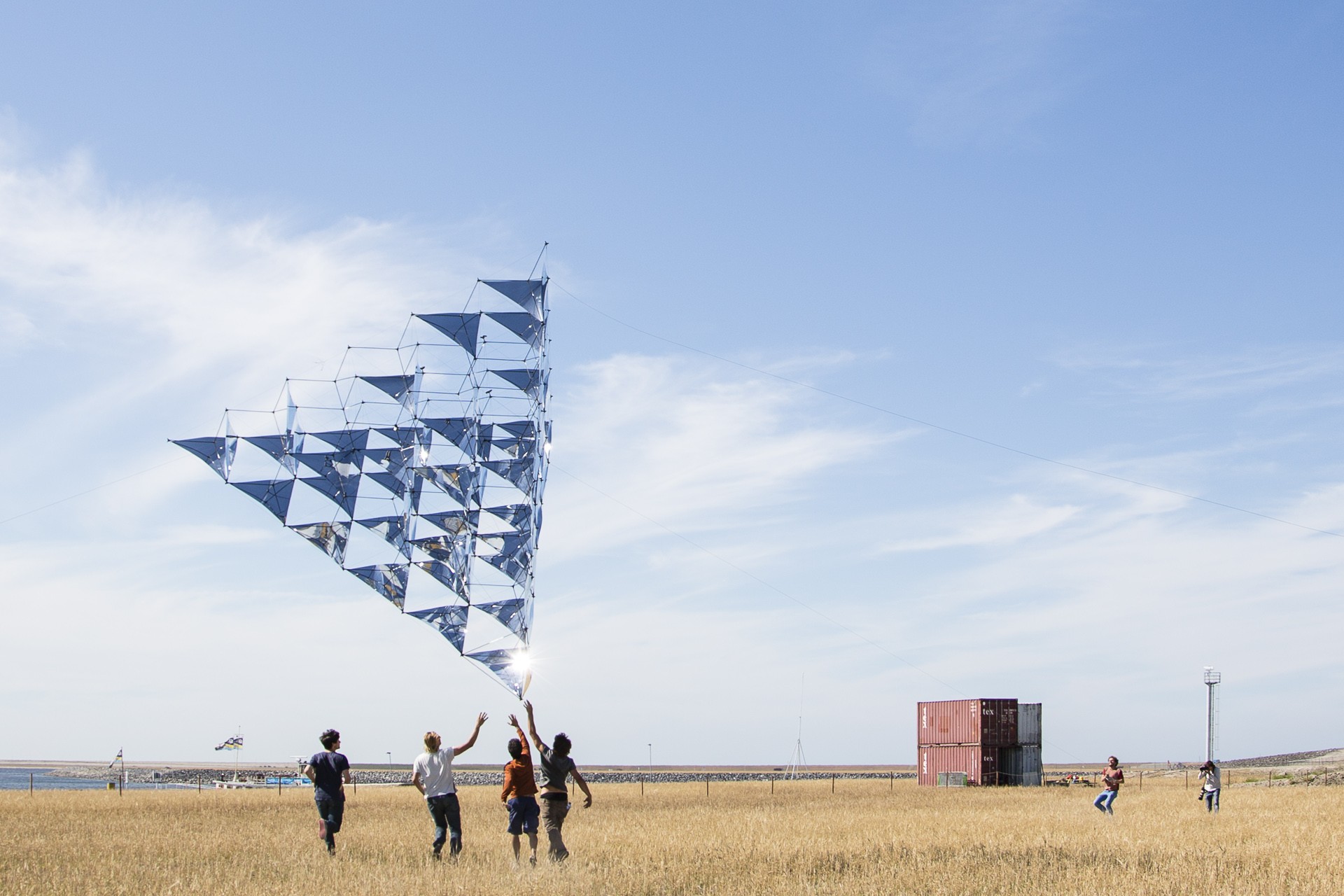 Tomás Saraceno is an Argentina-born, Berlin-based artist whose projects dialogue with forms of life and life-forming, rethinking dominant threads of knowledge in the Capitalocene era and recognizing how diverse modes of being engage a multiplicity of vibrations on the Web of Life.

For more than two decades, Saraceno has activated projects aimed towards rethinking the co-creation of the atmosphere, including Museo Aero Solar (2007–) and the Aerocene Foundation (2015–),  towards a society free from carbon emissions and the abuses of the Capitalocene. Aerocene has floated 7,060 minutes in the air free from carbon in 110 tethered flights, 15 free flights, and 8 human flights. The 2020 project Fly with Aerocene Pacha, stood in solidarity with the indigenous communities of Salinas Grandes, Jujuy and their protest against harmful lithium extraction practices in northern Argentina. With Aerocene, Pacha set 32 world records, marking the most sustainable flight in human history.

Arachnophilia, an interdisciplinary, research-driven community, also emerged from the artist’s more than 10 years of collaboration with humans, spiders, and their webs. With researchers at the TU Darmstadt, Saraceno developed the Spider/Web Scan, a novel, laser-supported tomographic technique that allowed precise 3-D models of complex spider/webs to be made for the first time. Nggàm dù, a web portal by the spider diviners of Somié, Cameroon, meditates on the possibilities of reciprocal, intercultural and inter- and intraspecies relations.

Saraceno’s work with local communities, scientific researchers, and institutions around the world, aims to seek out a more equal balance of human, techno- and bio-diversity, with the understanding that knowledge is produced from specific situations. He has held numerous residencies including MIT Center for Art, Science & Technology (2012–), Atelier Calder (2010); published in Nature and PNAS; presented a TED talk; staged artistic interventions with COP20, COP21, and COP26; has lectured at Princeton, Columbia, Centre Pompidou, Herald Design Forum, Hirshhorn Museum, CCK, and Interspecies Internet among other locations.

Saraceno lives and works in and beyond the planet Earth. 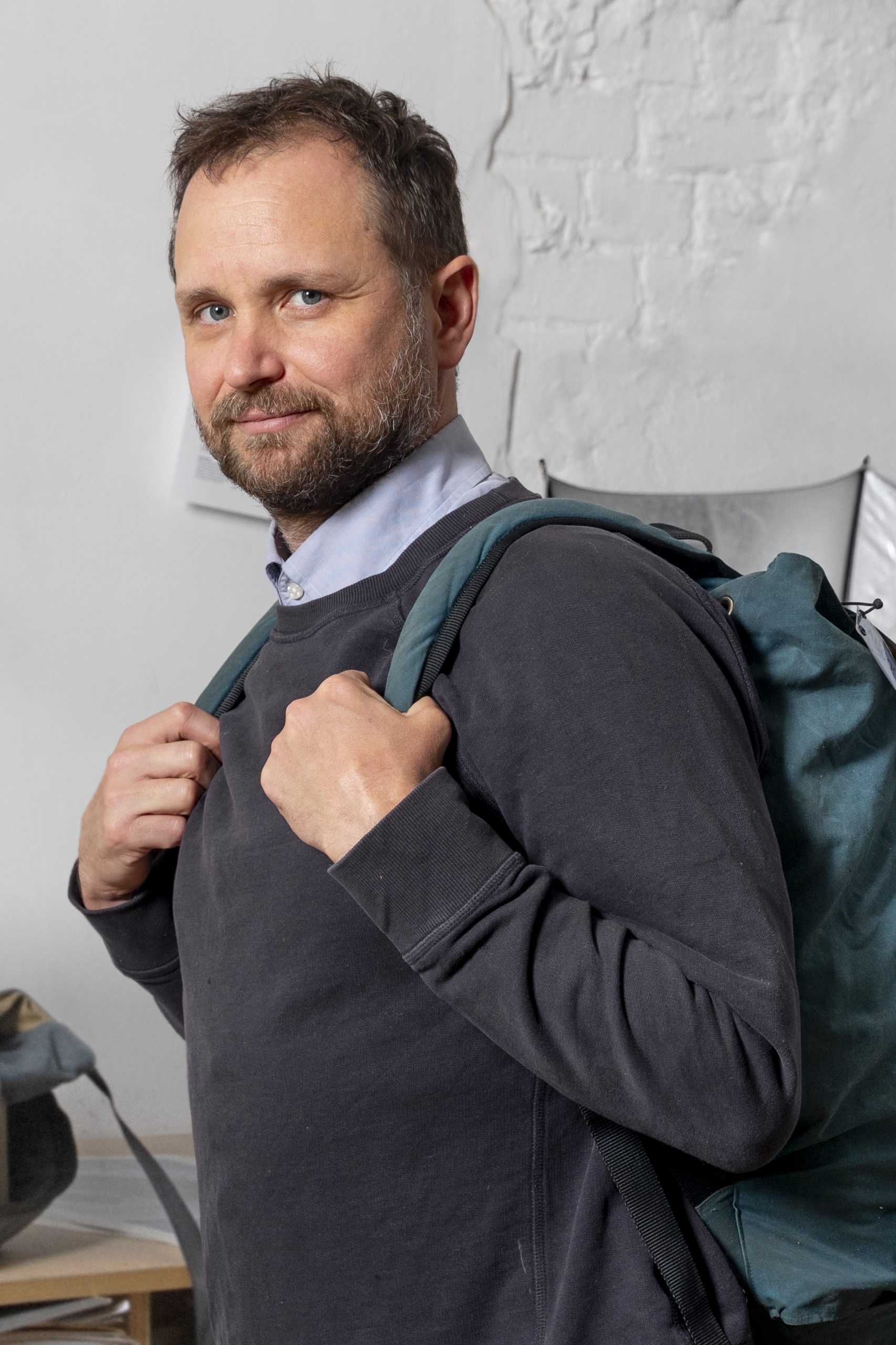 After studying art and architecture in Buenos Aires, Frankfurt am Main, and Venice, Tomás Saraceno established his studio in Frankfurt am Main in 2005. The studio relocated to Berlin in 2012 and, after a brief interim, moved into the former administrative building of Actien-Gesellschaft für Anilin-Fabrication (AGFA) in Berlin-Rummelsburg. The studio gradually activated and renovated the previously unoccupied building, which was constructed in 1916, and the neighbouring multi-story factory. Studio members from multidisciplinary backgrounds, including designers, architects, anthropologists, biologists, engineers, art historians, curators, and musicians work in the hybrid environment of workshop, office, workshop, the Arachnophilia Research Laboratory and Aerocene community-enthusiasts.

The system of signs stemming from Saraceno’s artistic practice engenders connections throughout the departments; the variegated roles of each studio member at times personifying the complex structures of the artworks surrounding them. An attunement to the disappearance of clouds and rising tides emerges through the cloud-like structures evocative of the Weaire-Phelan geometry of aggregating foam and soap bubbles. In the context of the current ecological crisis, the rights of non-humans and the non-living are investigated through a lens focused on moving past the hierarchical ethos of the tree of life metaphor to one that recognizes the entangled relationships between phenomena. In acknowledging the symbiotic threads linking all things, the hybrid webs spun in collaboration with the studio’s arachnid friends affirm how even our smallest movements send out vibrations along the web of life.

The Arachnophilia Research Laboratory’s undertakings open up potential ways of reconnecting and recalibrating our attention and senses to our nonhuman kin, often unnoticed. Through expanding its artistic networks, the Arachnophilia seeks to invent innovative, playful and engaging platforms for bringing research discourse into the public sphere. Over the past years, this has led to an opening up of the research at Studio Tomás Saraceno into the fields of biomateriomics, bioacoustics, ethology and cognitive science, among others, as a way of engaging speculatively, but also sensitively, with the forms of life that exist all around us. Visit arachnophila.net, a living archive of coexistences, to engage in the Lab’s endeavours.

The Aerocene Foundation furthermore houses a core team within Studio Tomás Saraceno. Aerocene is an interdisciplinary artistic community that seeks to devise new modes of sensitivity, reactivating a common imaginary towards an ethical collaboration with the atmosphere and the environment, free from borders, free from fossil fuels. By collectively developing tools and applications in, on for and with the air, Aerocene un-tethers a new epoch, an emergent cloudscape for a post fossil fuel era.

In an era of ecological upheaval, there is a perceived imperative for anthropocentric worlds to re-attune to other species and more-than-human ways of inhabiting our shared planet. These artistic and scientific enquiries can enable new hybrid encounters and relationships, involving multiple entities: from spiders to humans, from gravitational waves to particles of dust.

I am most grateful for the support of Natalija Miodragovic in developing the conceptual background of works and ideas developed until 2015.